Mourinho to be the coach of Brazil ?

Kriralok Desk: Tite left the post of coach of the Brazil team after the World Cup in Qatar. Since then, there have been many rumors. Who will be the next coach of Brazil? In this case, the names of Pepe Guardiola, Zinedine Zidane, Carlo Ancelotti have been heard. It is heard that Jose Mourinho’s name is also mentioned. Former Brazilian footballer Carlos Alberto said that Mourinho is going to be the next coach of the Latin country.

In an interview with Italy’s La Gazzetta dello Sport, Marino said, “I am going to explode a bomb. That is, Mourinho is going to be the next coach of Brazil. I am giving the information knowing for sure.”

Portuguese Mourinho is currently in charge of Italian club Roma. He has worked with teams like Benfica, Porto, Chelsea, Real Madrid, Inter Milan, Chelsea and Tottenham. Understandably, as a coach, he spent all his time with the best.

No foreign coach has ever taken charge of the national football team in Brazil. Again, Mourinho himself has never served the national team of any country. Alberto said, “Any club in the world, be it Man U or Madrid, it is definitely a pleasure to work with pride.” But being the coach of a team like Brazil is a real challenge. It is a very difficult task. Brazil has no shortage of football talent. People have high expectations about them. Indeed, being the coach of the Brazilian national team is a very big and difficult responsibility. 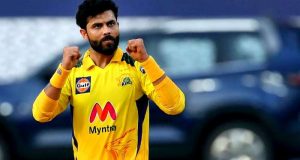