Fake king to face the real one again !

Finally, tonight (January 19) these two are once again going to the field against each other. Lionel Messi now plays for Paris Saint Germain (PSG) after changing clubs. On the other hand, Ronaldo is in Saudi Arabian club Al Nassr.

Ronaldo has been selected to lead the team for today’s match. Which means, it is Ronaldo’s debut in the chapter of Saudi. Messi will play for PSG. French star Kylian Mbappe and Moroccan Achraf Hakimi will warm up on the field today for the French club with the Argentine star. However, the nickname of the match has become ‘Messi-Ronaldo’ duel.

Ronaldo has faced Messi 36 times on the football field for Manchester United, Real Madrid and Juventus. Messi played 36 matches in the Barcelona jersey. They never had the opportunity to play against each other for the national team. It is undoubtedly true that a man of skills like Ronaldo can never be compared with the left-footed Messi no matter how much matches they played together.

However, football fans have been deprived of seeing their duel for more than two years. They last met on 8 December 2020, in a UEFA Champions League match. After two years and 42 days, the two are going to meet again on the field today. The exhibition match of Saudi Arabia has created another level of frenzy around the world for the sake of Messi and Ronaldo’s name. 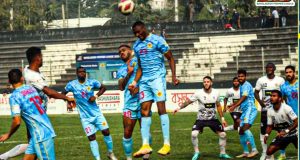