Cummins is leaving IPL and returning to the country

Kriralok Desk: Pat Cummins could not play a few matches for Kolkata Knight Riders at the beginning of the IPL due to the national team. Then he played five matches. Now KKR will have to play without him again. The pacer is returning to Australia due to injury.

At the moment, Kolkata Knight Riders are at number seven in the league table with 10 points from 5 wins in 12 matches. If you want to go to the play-off, there is no option to win the remaining two matches. At the same time you have to look at the results of the matches of other teams. Run-rate can also have an account. Though the road is difficult, Kolkata still has a chance to reach the play-offs.

Aussie star Cummins has been injured in the buttocks at such a crucial time. Although the injury is not serious, he does not want to end the entire IPL season. Australia has a busy schedule ahead. The Australian Test captain does not want to take any risks to prepare himself for the national team. Return to Sydney for now to begin the rehabilitation process.

2022-05-14
kriralok
Previous: Rudiger calls Benzema the best striker of all time
Next: Tamim on the way to the century 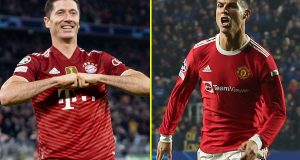