After so many days, the two old rivals Abahani and Mohammedan came to an equality. At the end of the third round of this year’s Premier Cricket League, Blue-Yellow and Black and white are in the equal position and they are collecting points.

At the end of the three matches, Mushfiqur’s Abahani and Sakib’s Mohammedan’s points have become equal. The net runrate has been captured to clear the position in the points table. Abahani (1.021) is ahead. Mohammedan is second with a runrate of 0.650.

Once, it was a familiar scene. Abahani is number one and Mohammedan is number two. Sometimes Black-White is above everyone. Sometimes, Blue- Yellow are at the back of them.

Not just in Cricket. This was a familiar scene in the football, hockey and in the stadiums of Dhaka in the 70’s, 80’s and 90’s. The league and any other tournament meant that Mohammedan-Abahani had almost exclusive dominance.

The third force in the 80’s was the Azad Boys Club. After the advent of aircraft in cricket in the late 80’s, the rest fell behind. In the 80’s and 90’s, Bangladesh Biman became the main rival of two giants and popular Abahani-Mohammedan. The Brothers, Kalabagan and Victoria were also nearby.

The trend continued into the early part of the present century; But as time has passed since 2010, Mohammedan has become less and less. In the 2008-2009 league, Mohammedan became the last champion after defeating their arch-rival Abahani under the captaincy of Khaled Masood Pilot.

After that, even though the league title was won in Abahani’s house, the black and white could not become the league champion anymore. But Abahani’s chariot of success was just moving. There are still. Abahani has won two of the last three leagues.

Which team will laugh the last laugh? Time will say. However, so far Abahani and Mohammedan are ahead of the rest in terms of match winning.

Abahani started the journey by defeating Partex by 6 wickets. After that Mushfiqur, Mosaddeq, Saifuddin lost to Old DOHS (22 runs in DL method) and Brothers Union (9 wickets).

On the other hand, Mohammedan League started by defeating Shinepukur Cricket Club by 3 wickets. Then Partex Sporting Club lost to the group of Sakib by 6 wickets.

Besides, captain Mushfiqur’s wide bat is a big asset of Abahani. Strength and major dependence. Mushfiqur is the hero and protagonist of Abahani’s victory in two of the three matches.

On the other hand, team performance is the main strength of Mohammedan. The way Mushfiqur can pull the team alone, Shakib could not. Batsman Shakib could not serve the team in a single match even though the ball went north. The Mohammedan captain’s bat has not yet spoken. However, young Parvez Emon, substitute opener Mahmudul Hasan Limon, Irfan Shukkur and pacer Taskin, Abu Zayed Rahira are performing well almost regularly.

Meanwhile, Prime Doleshwar is breathing down the necks of Abahani and Mohammedan. Farhad Raza’s team is also unbeaten in all three matches. The first match against Brothers Union at BKSP on 31 May was a rain-soaked point. But in the next two matches, Farhad Reza, Imranuzzaman, Saif Hasan, Fazle Mahmud and Marshal Ayub lost to Khelaghor Samaj Kalyan by 19 runs and Gazi Group by 36 runs respectively.

On the other hand, the rain has been intermittent since the beginning of the day. It is raining almost every day. The game is also disrupted. Of these, two matches have been washed out in BKSP on June 1. The points of those two matches have been shared. After that Sher-e-Bangla played three games every day for 4 consecutive days and the second and third rounds were completed at Home of Cricket.

The Premier League is returning to BKSP from tomorrow (Monday). Monday, June 6, again as before, 6 daily games. 4 of which are in the 3rd and 4th field of BKSP. And two lions in Bengal.

On Monday morning, BKSP played two matches and Sher-e-Bangla played three matches together. Abahani will play against Khelaghor Samaj Kalyan Samiti at BKSP Ground No. 3 at 9 am.

In Sher-e-Bangla, Prime Doleshwar and Shinepukur will face at the same time. Partex and Prime Bank will be at BKSP No. 4 ground.

Sher-e-Bangla Mohammedan will play against Sheikh Jamal on June 6 at noon (1.30 pm). At the same time Gazi Group and Legends of Rupganj match will be played at BKSP No. 4.

On the other hand, Brothers Union-Old DOHS match at BKSP No. 3 started at 1.30 pm. 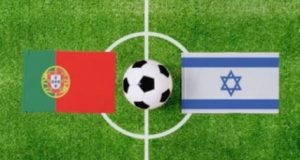