How Barca will line up with Antoine Griezmann

A year after rejecting the Barcelona to stay at Atletico Madrid, the versatile France forward is on his way to Camp Nou – but where will he play?
Earlier this summer, Barcelona legend Rivaldo was asked whether he would rather his former club acquire Neymar or Antoine Griezmann.

Rivaldo said, “Griezmann is a great player but signing him would be more of a gamble, as he’s never played at Barcelona or with Messi and Suarez.”

He added, “Of course, if he manages to perform like at Atleti, he certainly could be a great addition to the team. But I would prefer Neymar. He knows the club and probably chats with Suarez and Messi regularly.”

Although Barcelona still have a chance to sign Neymar also as he has expressed his desire to leave PSG.

The Frenchman’s belated arrival at Camp Nou has now been confirmed and the Blaugrana remain open to the idea of resigning the Brazilian this summer now that PSG have confirmed that Neymar is for sale at the right price.

Club sources have confirmed to Goal that the Brazil forward would have to take a significant wage cut, issue a public apology for having departed for Paris Saint-Germain in the first place and, crucially, drop his legal case against Barcelona for alleged unpaid bonuses.

It remains to be seen how desperate the prodigal son is to return home.

What is clear now, though, is that Barcelona have increased their attacking options with the addition of Griezmann, who is nothing if not versatile.

Where will he play at Barcelona, though?

As it stands, Griezmann seems most likely to slot into the left-hand side of the attack in Ernesto Valverde’s preferred 4-3-3 formation (given Suarez is still likely to lead the line, even at the age of 32, and Messi prefers to play on the right).

The France international has not played there for a while, of course, having been primarily deployed just behind a conventional centre-forward – usually Diego Costa or Alvaro Morata – at Atletico Madrid last season.

His switch to a No.10 role was also one of the principal reasons for his country’s improvement during their Euro 2016 campaign.

It is worth remembering, though, that Griezmann played a significant chunk of the early part of his international career on the left flank; he is, after all, a natural left-footer.

However, Griezmann began to be primarily used on the right-hand side, thus allowing him to regularly cut inside onto his preferred foot.

That is Messi’s territory at Barcelona, though.

Griezmann has previously admitted that having to serve as the Argentine’s “lieutenant” had, perhaps “subconsciously”, played a role in his decision to turn Barca down last year, so let’s hope he is now willing to play second fiddle to the Catalans’ captain.

If Messi wants to continue on the right, Griezmann is likely to have to make do with a spot on the opposite wing. Unless, of course, Neymar also arrives in Catalunya this summer.

Then, we could see an all-star attacking line-up, the kind of which is usually reserved for FIFA video games, with Neymar and Griezmann flanking Messi, who would be tucked in behind Suarez.

Such a mouth-watering prospect is still a long way away, though. Indeed, it’s worth remembering that not only has Neymar yet to sign, Philippe Coutinho and Ousmane Dembele have yet to depart – surely a prerequisite if Barca are to balance the books to meet Financial Fair Play regulations?

Of the two, Coutinho appears to be in the more perilous position. He has been a constant disappointment since joining from Liverpool in January 2018 and, with Griezmann now on board, there is even less room for a player like him in attack.

Dembele, at least, offers pace – something neither Griezmann, Messi nor Suarez possess in abundance.

Indeed, if money is raised from sales elsewhere and Dembele is retained (though there is speculation that he could be used as part of the deal to bring Neymar back to Barca), he could even hold on to his left-wing berth, with Griezmann asked to play as an unorthodox centre-forward, changing positions at will with his fellow Frenchman and Messi.

That would, of course, mean no room for the visibly slowing Suarez, who, for all his enduring gifts, is no longer the force of nature of seasons gone by.

In that sense, Barca really could do with signing a like-for-like replacement up front. But, with a dearth of top-class No.9s on the market, and club president Josep Maria Bartomeu having already splashed €120 million (£107m/$136m) to belatedly land Griezmann, with perhaps even more to follow on Neymar, that now seems like a remote prospect.

Valverde’s task will, thus, be getting the best out of Griezmann, Messi, Suarez and what other attackers are at Camp Nou when the new season kicks off.

Griezmann will certainly add something to the Blaugrana. 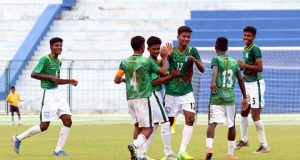 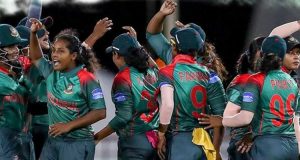 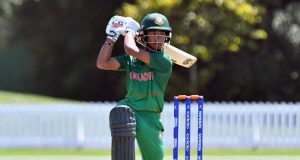 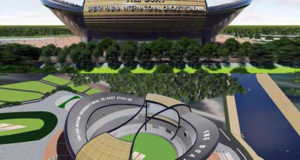 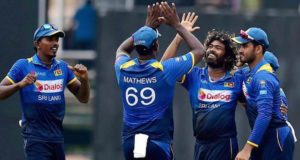 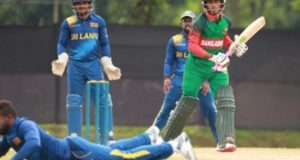